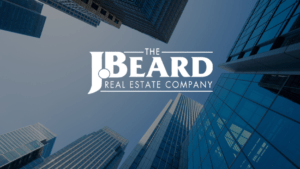 281.367.2220 info@jbeardcompany.com Mon – Fri: 8:30 AM – 5:30 PM Facebook-f Twitter Linkedin Home User Share on facebook Share on twitter Share on linkedin The Howard Hughes Corporation recently made news in The Woodlands’ office submarket with their acquisition of the two former Anadarko Towers, known as the Allison and Hackett Towers, which total approximately 1.36 million square feet. As part of the transaction, Occidental Petroleum intends to occupy the entirety of the 808,000 square feet in the Allison Tower under a 13-year leaseback which makes the building a non-owner singletenant occupied building. However; the larger impact to the submarket fundamentals will be the 550,000 square feet in the Hackett Tower which will be made available for direct lease. As a result of this event, the total available class A space in The Woodlands has increased to nearly 1.9 million square feet which is an increase of 45% when compared to the previous quarter. While the impact on supply is important to understand, the greater question will be related to the demand in the market and the velocity in which occupancy returns to its most recent level. The previous 24-month net absorption prior to the introduction of this new space […]

This website uses cookies to improve your experience while you navigate through the website. Out of these, the cookies that are categorized as necessary are stored on your browser as they are essential for the working of basic functionalities of the website. We also use third-party cookies that help us analyze and understand how you use this website. These cookies will be stored in your browser only with your consent. You also have the option to opt-out of these cookies. But opting out of some of these cookies may affect your browsing experience.
Necessary Always Enabled
Necessary cookies are absolutely essential for the website to function properly. This category only includes cookies that ensures basic functionalities and security features of the website. These cookies do not store any personal information.
Non-necessary
Any cookies that may not be particularly necessary for the website to function and is used specifically to collect user personal data via analytics, ads, other embedded contents are termed as non-necessary cookies. It is mandatory to procure user consent prior to running these cookies on your website.
SAVE & ACCEPT